No one was injured Monday when a Pontiac Grand Prix smashed into a garage in the 900 block of 167th Street in Hammond, landing sideways on top of a classic 1941 Chevrolet street rod. 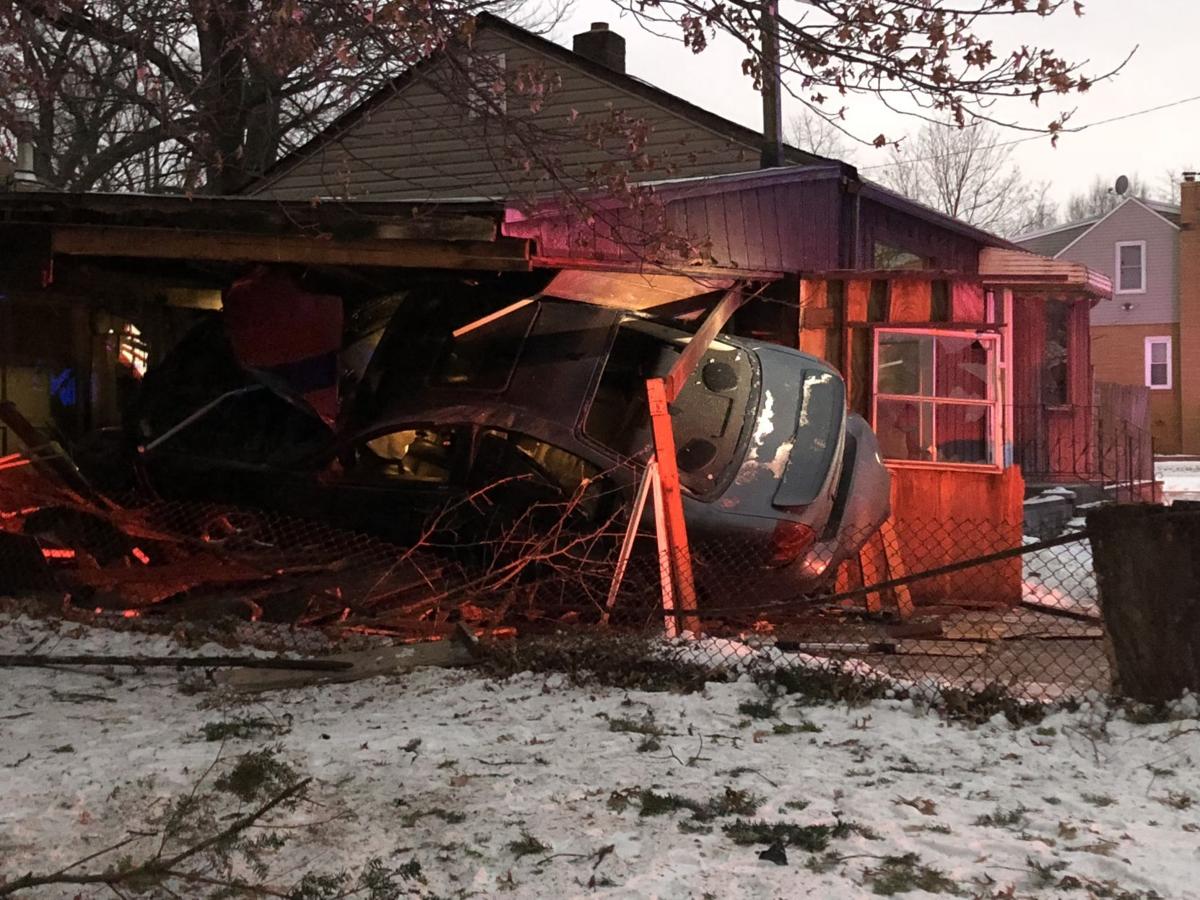 Witnesses said some of the five people inside the Pontiac Grand Prix that smashed into a garage in the 900 block of 167th Street in Hammond Monday afternoon climbed out of the hole where the rear window normally would be to escape the vehicle. No one was injured in the crash. 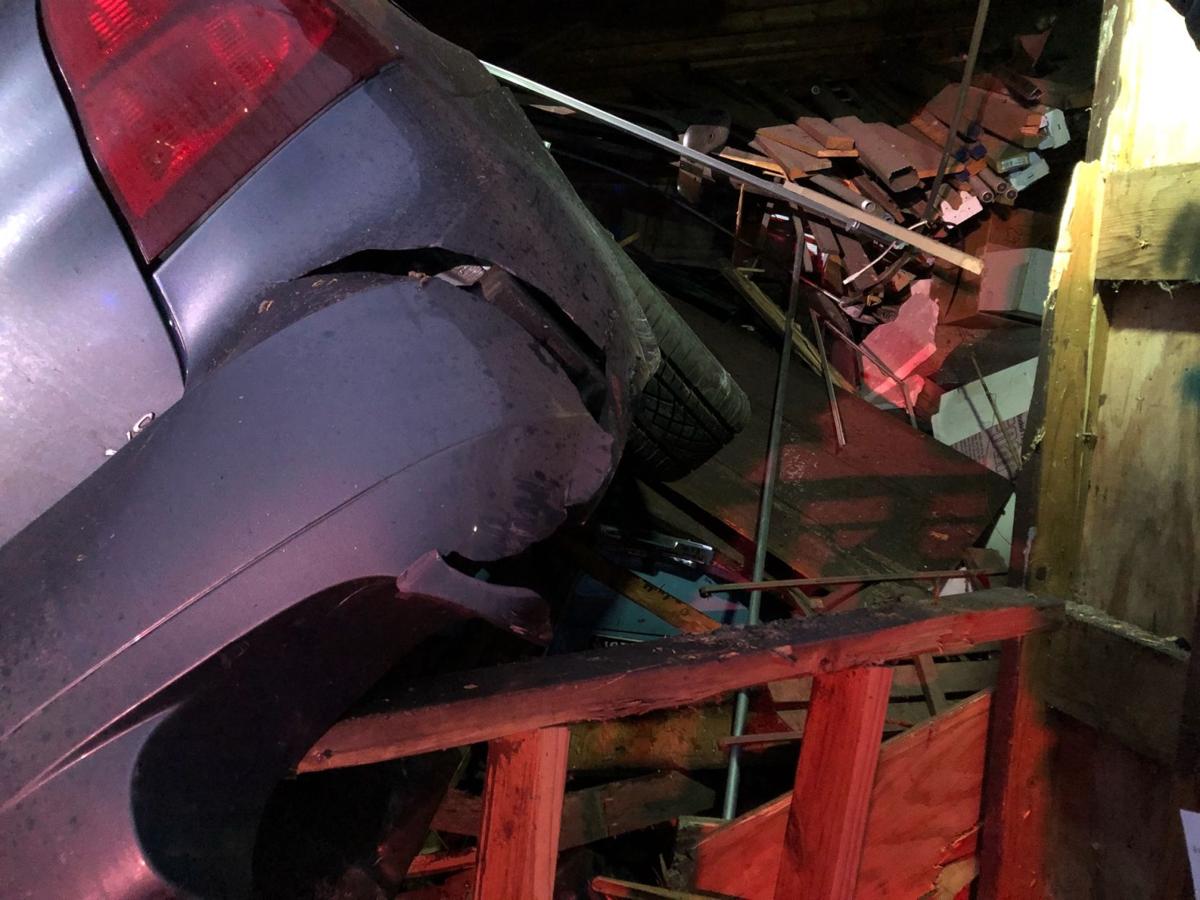 A 1941 Chevrolet street rod parked in a garage in the 900 block of 167th Street in Hammond likely was totaled Monday afternoon when a Pontiac Grand Prix smashed into the garage and landed sideways on top of the classic car.

HAMMOND — No one was injured Monday when a car with five people inside apparently careened out-of-control and crashed into a garage, landing sideways on top of a classic 1941 Chevrolet street rod.

Officials did not immediately say what caused the Pontiac Grand Prix traveling westbound in the 900 block of 167th Street to cross into the eastbound lane, drive up the curb and over two small trees, push a large rock several feet, and smash through the front and side walls of the garage, and on top of the Chevy.

The Pontiac suffered extensive damage, including the loss of its rear window. Witnesses said individuals in the car climbed through the rear window hole to exit the vehicle.

Homeowner Jim Siple was out to dinner in Merrillville when the crash occurred around 4:30 p.m. He was focused on finding someone to shore up his garage so the Pontiac could be removed.

Siple said he’s lived in his home for 52 years. He said in that time 167th Street, adjacent to Concordia Cemetery, only has become more dangerous.

He said the city needs to install stop signs every few blocks to slow motorists down. Siple said semi-trailers also regularly use the street even though semis are supposed to be banned.